My horoscope Monday morning:
Social & business invitations could come your way. Know your priorities when you choose what to accept. Your life can change dramatically from a creative opportunity (via Daily News).
Associates cheer for you. Hold yourself to high standards. Invest in your home & family by pushing your professional envelope (via amNY).
I remember when the feeling of guilt was brought to life. The six weeks of maternity leave came and went and before I knew it, I had to return to life as a sales associate at Gap. Rob was unemployed and I had to put in twice as much work in order to keep the rent paid, the lights, cell phones and cable on, all on retail pay (which is equivalent to $9.75 and then $11/hour). I once wrote about how I missed some major milestones in my children’s lives and how depressed it made me. I did what I had to do in order to provide for my family but I felt like less of a mother because my boys were “supposed” to say mama first or they would have a certain happiness that lived in their eyes when they looked at their father in comparison to me. I was doing the right thing, but I felt wrong. Guilt trips will weigh you down and pity parties are the types of functions I never want to be invited to again.
I remember the moment I was called selfish. I grew tired of being the crutch for someone else, yet couldn’t support myself. I grew accustomed to spoon-feeding everyone around me with positive sentiments and pats on the back but my own soul grew hungry and I felt malnourished spiritually. The guilt kicked in again and I tried so hard to keep the Reliable Friend medallion but when doing so much for others began to feel like an obligation and a burden, I had to redirect my focus and shift my energy into myself, the person I have to see and deal with everyday. I gave the gold medals back in order to give myself some gold stars. The backlash of loving myself was mistaken for “acting Hollywood and stush” but I mean, I guess. I started sleeping better at night so…
I remember the moment I really fell in love with the idea of blogging and although my work schedule was more fixed and provided consistency, my innate ability to keep myself moving and productive remained. I had more hours at home but my face was glued to a screen, typing away the thoughts in my head. My children got used to it and certain nights, like all this week, Rob will just fork over his computer and allow me to do my thing. He knows that I believe something good will come out of all of this and well, he’s grown to be a very supportive person who started believing too.
When I told him two weeks ago I had two blog functions to attend this past weekend, he cleared his schedule to make sure I was able to accomplish what it is I wanted to do. Friday night I went to my first Mommy blogger event hosted by MyMommyVents and the next day, woke up at 5a.m. to volunteer my time at the annual Blogging While Brown conference until 4p.m. Physically I was tired, but spiritually, I was energized and ready to tackle more, as a blogger/writer, as a mother and as a woman. The coordinators and founder of Blogging While Brown, Gina McCauley, allowed the volunteers to peek in for some sessions so when I received word that one of the co-founders of BlogHer was a speaker for the afternoon, I jumped on board and read something that’ll always stay with me: 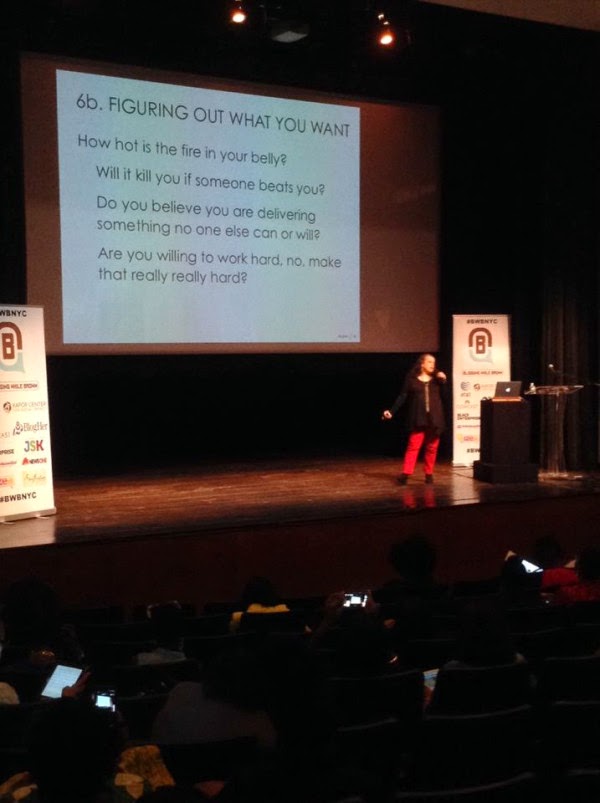 Elisa Camahort’s last question reminds me of the importance of work. Most people don’t believe in giving their A-game anymore. The hype is in the bullshit and the praise in the mediocre, so people aren’t willing to put in extra effort and go just a smidgen harder than the rest. All of the events I attend for hours on end and all of the work I do is not selfish, it’s just a sacrifice I have to make. Surrendering the things I want for the sake that something better will come isn’t just for me, it’s for my family, the ones who let me delve on a computer once or twice (maybe even three times) a week for hours on end without interruption because they know that “Mommy loves what she does.”
When you receive that kind of support, it isn’t selfish behavior, because see, if I eat, we all eat.
Put in the work and don’t allow anyone to make you feel bad about it.

to the quiet one. who still sleeps with his toddle

“the instant of birth is exquisite. pain and joy

did you know your sun, moon, and ascendant signs a

it’s hard to break down the depths of a connecti

“if you and your father were closer, do you thin

in december of last year into january of this year

moment of transparency: when i had my firstborn 11

“humanity does not suffer from the disease of wr

“my mother⁣ is pure radiance. ⁣ ⁣ she is t

first came the vision. if you know me personally,